The Vic Four-Ball Champions have come to a close for 2020 as day two of the State Final wrapped up at The National Golf Club.

John Hoare and Tina Cowie teamed up to win the Mixed section, the pairing of Leeanne Ambrose and Sally McLean won the Women’s section and David Brebner & Darryn Oreo took out the Men’s section.

In the mixed event, Hoare and Cowie (Deep Creek GC) carded an impressive 44 points at Sorrento Golf Club to muster a two point lead on Sandhurst duo Yuni Kim and John Rucinski at the conclusion of round one.

Hoare and Cowie managed to hold on to their lead returning a score of 41 points on day two, finishing three shots ahead of Livi Lanu and Vanessa Elders (Rosebud CC), the round two daily winners. The winners were very excited after several near wins in previous years.

After trailing in fifth overnight, Lanu and Elders returned a score of 43 points on the challenging Moonah Course to finish in second place in a countback over Kim and Rucinski. 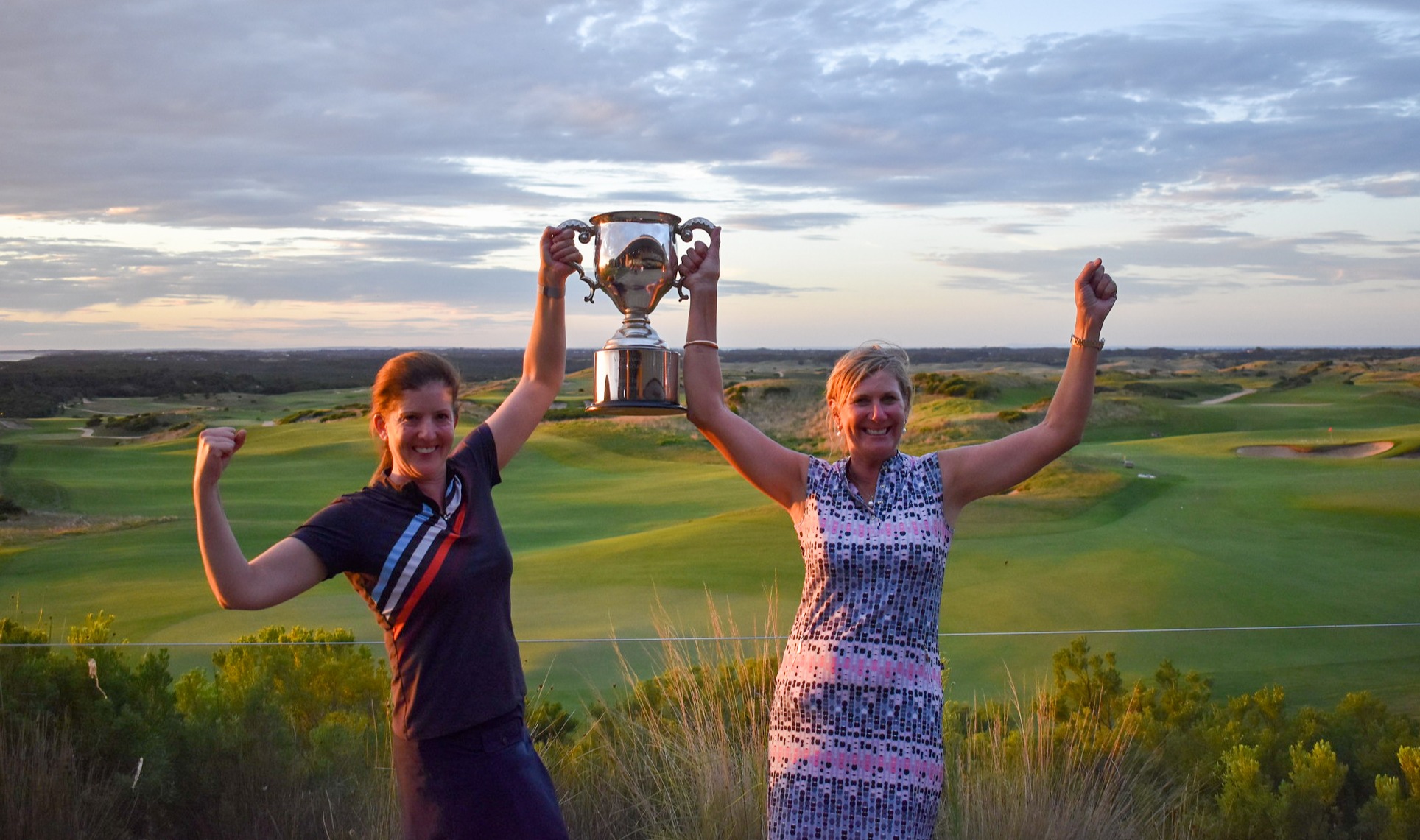 After trailing by one point after round one at Sorrento Golf Club in the women's event, Leanne Ambrose and Sally McLean returned a tournament best of 45 points to win the title with 87 points.

Amongst a host of impressive scores at Sorrento on day one of the men's event, Brebner & Oreo (Melbourne Airport) managed to top the field with 49 points.

The pair held their nerve to finish two shots clear and claim the title.

“It would have been disappointing to lose it after that score on day one,” the duo said as they accepted the trophy.