Golf isn't just 18 holes with 14 clubs over five hours – our great game has been adapted in Australia and all around the world to cater for those who prefer their golf with a twist.

Check out some of the ways the game can be payed below including where to play each format.

Golf is a club-and-ball sport in which players use various clubs to hit balls into a series of holes on a course in as few strokes as possible.

Where to play traditional golf:

Driving ranges place to fine tune your game or spend time with friends and family in a relaxed setting.

Mini golf is a great way to spend time with your friends and family.

Where to play virtual golf:

Golf Australia and the Australian Pitch & Putt Association (APPA) have established a Memorandum of Understanding with the common goal of increasing participation.

The sport of pitch & putt has been played since the 1930’s, originating in Ireland with the prime objective of involving more people in the sport of golf that provided minimum opportunity then. Since that time the game has spread around the world very rapidly, especially in the last two decades and has developed into a recognised form of golf.

The competitive nature of the game, the opportunity for all ages and the special skill set required are all interesting and varying aspects of the sport that as a whole is played under the same Rules of Golf.

There are a number of pitch and putt courses currently operating in Australia who also conduct events that have been the lifeblood of the game and encompass all forms of golf from social to competition; with State, National and International Championships. Fully fledged handicapping systems and ranking of players have also generated a brand of specialist pitch & putt players akin to T20 in cricket.

Where to play Pitch & Putt: 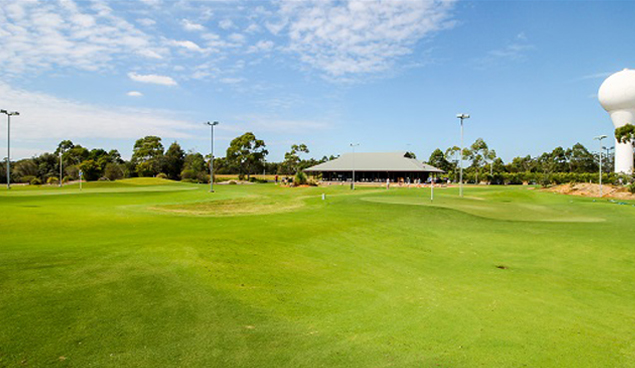 We’re offering golfers around Australia the chance to win a spot in the 2021 Play 9 national final over the summer of golf!

28 golfers – four per state/territory association – will win the chance to play nine holes at the Play 9 national final. Read more.

FootGolf is played the same way as golf on a golf course except that players use a football instead of a golf ball and the ball is kicked rather than struck with a club towards a larger cup in place of the usual golf hole.

The game originated in Europe in 2006 and is regulated by the Federation for International FootGolf and is rapidly expanding with 25 federations including FootGolf Australia. 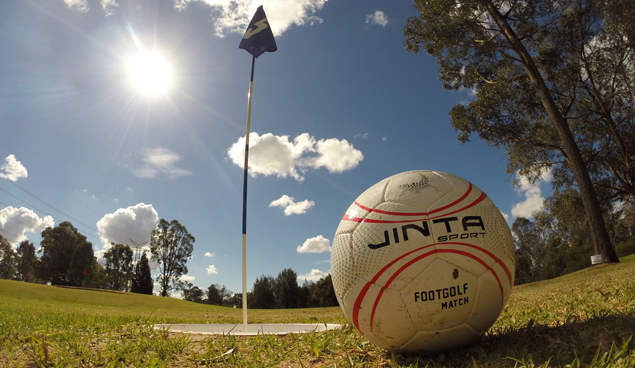 Urban golf began as an evolution of beach golf in the small coastal town of Sawtell in NSW Australia. In order to get to the beach participants would have to pass through a caravan park filled with grass and things to pop over.

At the same time all around the world people were taking golf clubs to the streets and discovering the joys of Urban Golfing. From Paris to the streets of New York and Germany, more and more people are playing Urban Golf, Cross Golf and Street Golf.

Urban Golf Australia is a non-profit organisation which exists to promote the fine and glorious sport of Urban Golfing. Be you in the street, your lounge room or in the heart of the city Urban Golf is a fun and safe sport which can be played by anybody.

Through the popularity of urban golf, a World Urban Golf Day is held annually in October that promotes urban golf in what is now over 30 different countries worldwide including Australia. 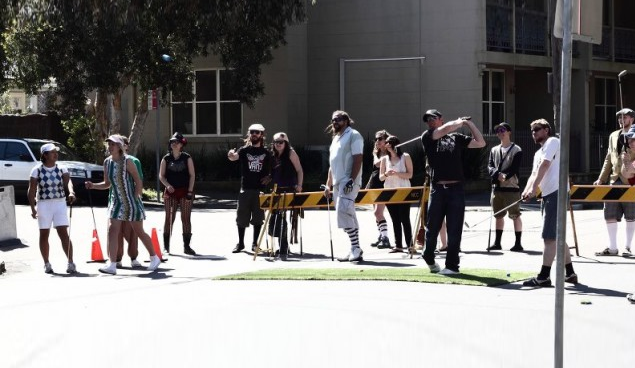 Speedgolf is a fun, fast, and fitness-based alternative to traditional golf that involves playing a round of golf in the shortest time and fewest possible number of shots. Speedgolf can be played in a range of formats to suits golfers and runners of all abilities.

The sport began in the 1970s in California and is now enjoyed around the world.

Speedgolf Australia’s mission is to work with players, golf clubs and supporting partners to offer an alternative form of the traditional game that addresses many of the well-documented causative factors of stagnating golf participation – duration, pace of play, expense and level of difficulty.

The ISGA supports and sanctions other major speedgolf events, including the Australian Speedgolf Open. All ISGA sanctioned events count towards the global player ranking system known as the Speedgolf World Power Rankings.

The current world record was established at the Australian Speedgolf Open held at Yarra Bend Golf, Melbourne, in August 2015. Mitch Williamson, a scratch golfer and past Australian representative runner from Orange, NSW, shot 77 in 31mins and 54 secs (108:54) to edge out the previous record (which remains a Guinness World Record) by Christopher Smith from the USA, who shot a five-under-par 65 in 44 minutes and 6 seconds for a speedgolf score of 109:06.

Speedgolf is recognised as an official golf sport in Australia by Golf Australia. 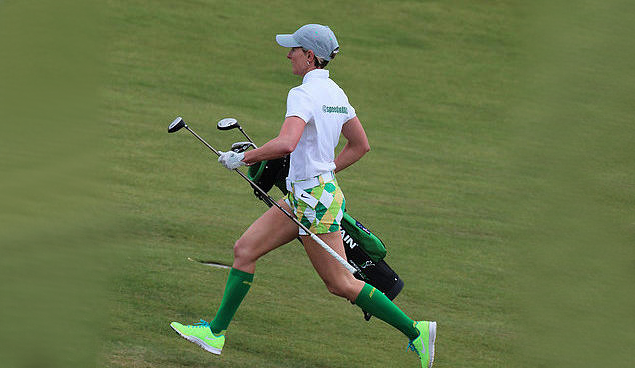 Golf Premier League is a league-style competition played at golf clubs within a club’s normal competition. Played at clubs of all sizes, it increases profitability, and importantly for players, it creates a ‘team spirit’ dimension within their golf experience.

At participating clubs of all sizes, Golf Premier League is:

Plus, it’s doing so with no impact on member routines, timesheet bookings or existing competitions, at a low cost and with very little administrative burden on professionals or club managers.

Golf Premier League has been in operation since 2008 and was endorsed by Golf Australia in 2016, with the support all state and territory golf associations. 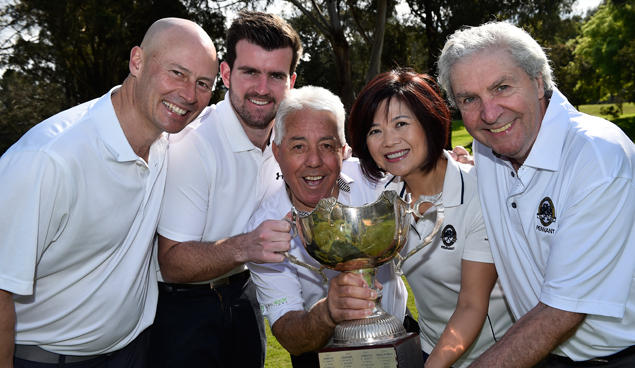