The Pennant Season is “Round Robin” match play contests between clubs at one venue in each division every week. At the conclusion of the minor round contest, the top four teams in each division compete in semi-finals to determine the top two teams to compete in the final to decide the divisional flags. All divisions are “off the stick” competitions, aside from Women’s Cleek 1, Women’s Cleek 2 and Junior Division 2 which are handicap match play contests.

Background In 2007 eight golf clubs put together the concept and implemented a Seniors Pennant Golf Competition. The founding clubs were Mt Osmond, Blackwood, Flagstaff Hill, The Vines, Tea Tree Gully, Riverside (West Lakes), Thaxted Park and Mt Lofty (The Stirling). The Competition expanded over time as interest was generated amongst senior players in clubs. The Senior Pennant Competition now stands at nineteen clubs under the auspices of Golf Australia and is open to both male players aged 55 and above and female players aged 50 years and above as of the day of play.

For events in South Australia, Golf Australia is guided by the SA Government with respect to COVID-19 vaccinations. Whilst the Government has not mandated vaccinations for golf, host clubs may have varying club vaccination policies in place throughout the Pennant competition for members and guests to their club. These policies may range from no requirement to be vaccinated, a requirement to be double vaccinated or a requirement to have had a booster vaccine for eligible age categories. Given the evolving nature of club vaccination policies, it is the responsibility of each host venue to advise all competing teams of their vaccination policy as soon as possible prior to their hosting match. If a visiting team has not received any information from an upcoming host club, they should contact the host club to ascertain the policy. Team Managers must ensure players and caddies are adhering to all host club policies. 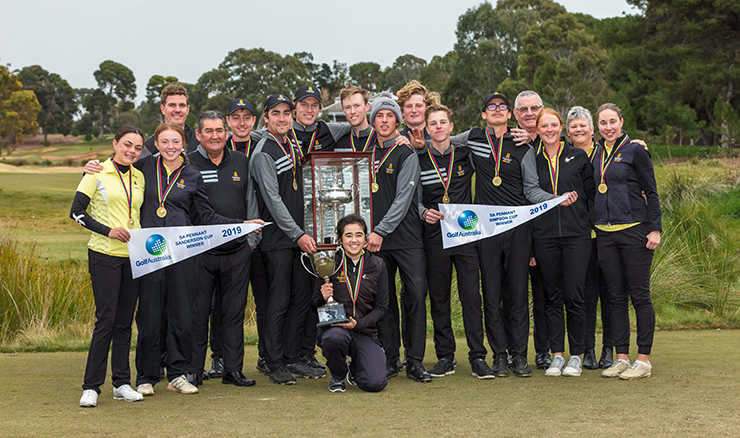